The Alumni Association began in 1999, as the idea of Dean George M. Stancel. His vision was to start a group that would help all GSBS graduates feel connected and carry the good word about the GSBS wherever they went. In his mind's eye, this eager cadre of graduates would strengthen the presence of the Graduate School all over Texas, the United States, and the world. At the start of 2015, there were over 2,400 alumni of MD Anderson Cancer Center UTHealth Graduate School of Biomedical Sciences.

After an initial getting-to-know-you dinner and formal declaration on March 9, 2000, the Committee settled down to work. At the first official meeting, the Committee gathered ideas for a statement of the Association's mission, purpose, and goals. Officers were also elected; Ann Killary and Maureen Goode agreed to serve as President and Vice President-Treasurer, respectively. The Dean appointed Linda Carter, GSBS Director of Public Affairs/Development, to help the Steering Committee fulfill its responsibilities.

The Steering Committee orchestrated the first GSBS Alumni Association Kick Off and Reunion Dinner on October 14, 2000, at the John P. McGovern Museum of Health & Medical Science. Nearly 100 alumni, faculty, staff, and guests attended this event, the first. President Ann Killary spoke of the hopes and goals of the organization and asked all alumni to get involved. Dean Stancel made the keynote address, a "State of the GSBS" talk with slides. He answered questions about students, the GSBS's current status in the Houston Medical Center Building, and the new GSBS residence in MD Anderson's Basic Science Basic Research Building, which will be completed in the fall of 2004.

After the Reunion, Dolores (Dorrie) Lamb, Ph.D., 1980/Sanborn, came on board as the sixth and last member of the 2000-2001 Steering Committee. The winter GSBS Newsletter included photos from the gala evening as well as a postcard for making nominations for Distinguished Alumni and for updating addresses, professional positions, and, most importantly, email addresses.

The Dean declared that it is of utmost importance to be able to connect with our Alumni through the Internet. The Steering Committee developed an Alumni Association web page to update alumni about the GSBS and the Alumni Association, to help alumni keep in touch with their fellow alumni, and to participate in various mentoring programs.

The Steering Committee also helped the Dean choose the 2001 Distinguished Alumna. From lists of persons previously considered and newsletter postcard responses, 35 individuals were nominated. The Committee developed criteria for reviewing and selecting Distinguished Alumni. Potential candidates were reviewed by these guidelines, and eight individuals were recommended. From that list, the Dean chose Deborah J. Anderson, Ph.D., as 2001 Distinguished Alumna. Alumni Association President, Ann Killary, accepted the award on her behalf at the May 5, 2001, GSBS Commencement. Dr. Anderson joined us as keynote speaker on November 3, 2001, at the second Alumni Association Reunion and Dinner.

In 2013, GSBS celebrated its 50th Anniversary. A timeline highlighting GSBS history can be viewed here.

HOMES OF THE GRADUATE SCHOOL 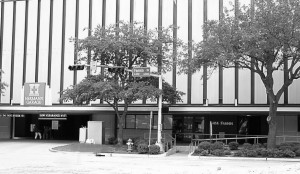 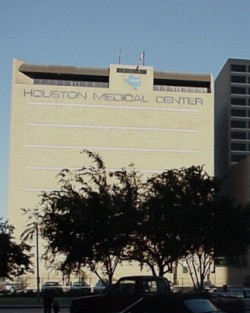 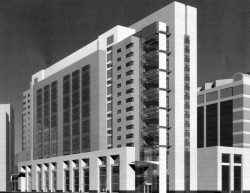