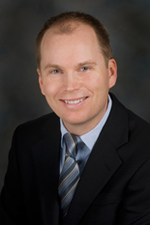 Our laboratory is focused on two main projects. The first is exploring the cellular mechanisms of radiation induced cognitive decline. Radiation plays an essential role in the treatment of brain tumors, with nearly 200,000 patients undergoing brain irradiation annually in the United States alone. However, the effects of radiation on cognition and subsequent quality of life are devastating, especially for childhood brain tumor patients. As post-mitotic cells, neurons have been classified as radiation resistant and remarkably little information exists on either the acute or long-term effects of radiation on neurons. Because neurons are ultimately responsible for cognition, this is a major gap in our knowledge. Using advanced biochemical and electrophysiological techniques; we have identified early radiation-induced changes in neuron (synaptic function) including internalization of excitatory glutamate receptors and diminished synaptic plasticity. Currently we are studying how these early changes are translated into long-term synaptic dysfunction. To accomplish this we utilize transgenic animals as well as behavioral testing. Through collaborations we are also investigating altered morphology of neuronal connections using laser-scanning confocal microscopy.

The second project in our laboratory is investigating the unique biologic aspects of particle therapy, for protons as well as heavier ions including Carbon and Helium. Particle therapy offers unique physical properties, which spare normal tissues from excess radiation. In the United States proton therapy dominates the clinical use of particles for cancer therapy and no clinical heavy ion facilities are yet available. While the physical properties of proton therapy are well characterized, there are major gaps in the knowledge of the biologic effectiveness of proton therapy in comparison to traditional photon therapy. Working with investigators in Radiation Physics and Experimental Radiation Oncology we have developed novel systems for characterizing the biologic effectiveness of scanned proton beams using high throughput irradiation and biologic methods. This includes the use of normal tissue, organoid models. These studies are routinely done at the MD Anderson Proton Therapy Center in Houston. Based on the results of these laboratory studies, we are also working to incorporate biologic treatment planning into the intensity modulated proton therapy (IMPT). Working with investigators in both Europe and Asia, we are actively extending such studies to include heavy ions as well. Heavier ions such as Carbon, have dramatically increase biologic effectiveness. Based on this, the NCI and other agencies have an interest in establishing a clinical center in the United States. Working in collaboration with other institutions, we hope to gain insight into the mechanisms underlying the increased effectiveness of heavy ions and to utilize such information to improve outcomes for patients who will be treated with heavy ions in the US and elsewhere.