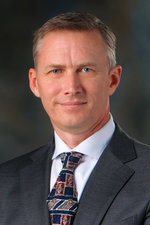 The Hart Lab at MD Anderson studies the functional genomics of cancer using a combination of high-throughput experiments and integrated computational analysis.  We start with the principle of synthetic lethality, where a genomic modification to one gene (through mutation, copy number change, or silencing) causes cells to be dependent on other genes and pathways.  We perform systematic, genome-scale gene knockout screens using the CRISPR-Cas9 system [Hart et al, Cell, 2015] in cancer cell lines  and analyze them using BAGEL, a state-of-the-art algorithm developed in the lab [Hart et al, BMC Bioinformatics, 2016].  Finally, we integrate our analyses with other molecular data profiling the DNA, RNA, protein, and metabolic state of the cells.  While in the short term we seek to match tumors with effective drugs, and to identify new drug targets where current drugs are lacking, our long-term goal is a deeper understanding of the coincident sets of biological process that cancer cells rely on for growth and metastasis, and ultimately a predictive model of response to therapies that eliminates tumors while anticipating and preventing acquired resistance.

Within the framework of these overarching goals, a wide array of tutorial projects are possible.  Computational projects could include reanalysis of existing data to improve our ability to detect gene-gene and gene-drug interactions, enhancing the BAGEL algorithm to include other molecular data such as gene expression and copy number, or helping evolve BAGEL from a gene-centric to a pathway-centric model.  Experimental tutorials could involve any aspect of a CRISPR genomic screen, from lentiviral library construction to large-scale tissue culture, screening, and sequencing, and ultimately to validation and characterization of specific targets using small molecule inhibitors, automated microscopy, and other proteomic and phenotypic assays.