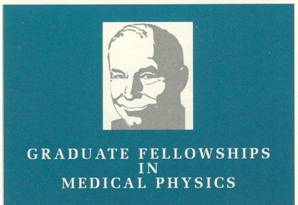 In the period between 1950 and 1984, Robert J. Shalek, for whom this fellowship is named, worked at The University of Texas MD Anderson Cancer Center. During that time the institution grew from small beginnings in temporary buildings to a leading cancer center with a large physical plant and over 6,000 employees.

During the same period medical physics, which had started in the United States around 1915, but had languished as a profession, took guidance from the well-developed British example and grew into a confident and respected profession. Dr. Shalek was shaped by and contributed to these events.

Following Drs. Leonard Grimmett and Warren Sinclair, both very experienced medical physicists from England, he served as head, or chairman, of the Physics Department from 1960 to 1984. Under his direction, the department became recognized as a major research and teaching center in medical physics.

Dr. Shalek earned his undergraduate degree in physics from The University of Illinois and his Ph.D. from the Rice Institute (now Rice University). He spent a postdoctoral year at the Royal Cancer Hospital in London, England. He has published about 100 scientific papers, served in various editorial capacities, and served as President of the American Association of Physicists in Medicine.

He has received many prestigious honors, including:

His career has encompassed both basic research and the application of physics to clinical problems. His basic research included studies of oxygen reactions following radiation interactions and the proportion of direct and indirect radiation action in living cells. His clinically-related work included the dosimetry of external treatment beams, brachytherapy dosimetry, and quality assurance in radiotherapy physics.

The Radiological Physics Center was an outgrowth of his interest in quality assurance. This program, after more than four decades, continues to make important contributions to the reliability of radiation dose statement in interinstitutional clinical trials and to contribute to the implementation of standards in the broader radiological community.

Many people have participated in the program and many more have been affected by it. The contributions that Dr. Shalek made to the Radiological Physics Center have been his most enduring work.

Anticipating the end of his institutional career, he studied law at night school, lectured regularly on legal questions in medical physics and regularly gave professional legal advice to physicists. He also participated in medical malpractice suits, usually as an expert witness.

Teaching and dissemination of knowledge and skills to the community has been an important activity of the physicists at The University of Texas MD Anderson Cancer Center. As a member of the faculty of The University of Texas Graduate School of Biomedical Sciences, Dr. Shalek lectured to and supervised a large number of graduate students.

He provided the necessary leadership as Director of the M.S. in Medical Physics program for 25 years and has always demonstrated a sincere sense of responsibility for our students and derives particular satisfaction in observing former students perform to high scientific and professional standards.

In 1987, shortly following the retirement of Dr. Robert J. Shalek as Chairman of the Department of Radiation Physics at The University of Texas MD Anderson Cancer Center and Director of the M.S. in Medical Physics program in The University of Texas Graduate School of Biomedical Sciences, the Department of Radiation Physics established graduate fellowships in Medical Physics in honor of Dr. Shalek.

The selection of Shalek Fellows is the responsibility of the Medical Physics Program Steering Committee. From 1987 to 2012, the Shalek Fellowships have supported over 80 premasters and 12 predoctoral students.

All gifts to the Robert J. Shalek Fellowship Fund will be used specifically for the support of the medical physics educational programs, and will be used in conjunction with other funds to support current fellowships. Gifts will also support the long-term goal of providing continuous funding for the fellowships.

To Make a Donation:

Print and complete the Donation Card