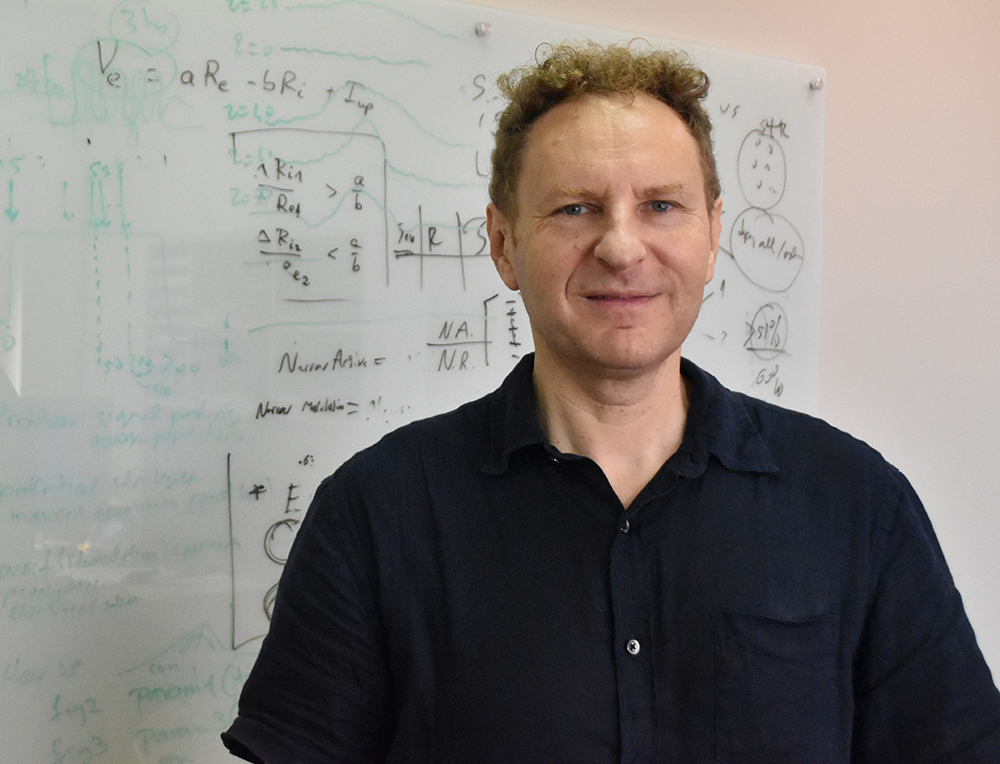 The University of Texas MD Anderson Cancer Center UTHealth Graduate School of Biomedical Sciences alumni Neda Shahidi, PhD, and Ariana Andrei, PhD; and faculty member Valentin Dragoi, PhD, are contributing authors of a study examining the relationship between the timing of spiking activity in neuronal populations and perception published on May 20 in the journal Nature Neuroscience.

One of the fundamental mysteries in neuroscience is whether neurons use their firing rates, or spike counts, to convey information for perception, action, memory, etc. In the study, High-order coordination of cortical spiking activity modulates perceptual accuracy, researchers tackle this mystery by investigating temporal coordination of neuronal spiking activity to determine if this particular action controls signal transmission and behavior.

The accurate relay of electrical signals within cortical networks is key to perception and cognitive function and neuronal spiking activity is the basis for neural coding and information transfer in the brain. While temporal coordination has been long suspected to play a key role in perception, learning, and memory, experimental evidence linking the temporal coordination of neuronal spiking activity and its control of signal transmission and behavior has been elusive.

In their research, Shahidi, Andrei, Dragoi, and Ming Hu, PhD, a contributing researcher who was a postdoctoral researcher in the Dragoi lab, now working at MIT, recorded populations of neurons in early and mid-level visual cortex simultaneously. They found that the precise temporal coordination between the spiking activity of three or more cells carries information about visual perception in the absence of firing rate modulation. Their results indicate that while visual stimuli are encoded in the discharge rates of neurons, perceptual accuracy is related to temporally precise spiking coordination within and between cortical networks.

“It’s like trying to make sense of a dynamic picture being played on a TV screen. You will struggle if you examine only one or two pixels at a time, but have a much better chance to understand the plot if you examine interactions between multiple pixels at the same time, and for extended periods of time. Unfortunately, recording technologies and computational tools did not allow neuroscientists to measure and make sense of high-order neuronal spiking interactions until now,” said Dragoi, who is the Rochelle and Max Levit Distinguished Professor in the Neurosciences, Neurobiology & Anatomy at the McGovern Medical School at UTHealth, and a GSBS faculty member affiliated with the Programs in Neuroscience and Quantitative Sciences. He is also an adjunct professor of computer and electrical engineering at Rice University.

The work published in Nature Neuroscience was funded from awards from the NIH EUREKA Program and National Eye Institute.

“In the future we plan to expand this research to examine the generality of our findings in other brain areas outside visual cortex and how they relate to learning and memory,” said Dragoi. “Our results are also likely to provide insights into the neural basis of Parkinson’s disease, epilepsy, and ADHD, which depend on precise spike timing and the balance between excitation and inhibition.”