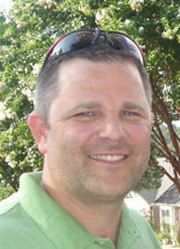 The p53 gene encodes a potent tumor suppressor responsible for activating numerous cell cycle arrest and apoptotic programs. As such, p53 is commonly mutated or deleted in many human cancers. However, often times, p53 remains wild type suggesting mechanisms other than p53 mutations are responsible for its loss of function. Identifying secondary genetic alterations that control p53 function during tumorigenesis are thus critical to our understanding of how this pathway is ablated during cancer formation. In addition, p53 apoptotic and cell cycle arrest activities are also defined by the cellular context. Therefore, an understanding of how p53 decides to activate either cell cycle arrest or apoptotic programs is critical to our understanding of tumorigenesis.

To address these issues my laboratory focuses on how clinically relevant genetic alterations in the p53 pathway impact its stability and its decision to either activate cell cycle arrest or apoptotic programs. We are using mouse models to investigate how subtle genomic changes in the p53 pathway as well as how aberrant expression of p53 modifiers impact tumorigenesis. Specifically, we are analyzing how individual single nucleotide polymorphisms (SNPs) that negatively regulate p53 stability, such as Mdm2SNP309 or coregulators of p53 that modify its activity, such as hnRNP K, impact cancer formation.

I have generated a knock-in mouse model that mimics the high frequency SNP in the human Mdm2 (MDM2) promoter, called (SNP309G), that constitutively increases MDM2 transcription. This SNP disrupts the homeostatic balance between Mdm2 and p53, resulting in diminished p53 levels and an increased cancer risk. Future studies will investigate the impact this SNP has on tumorigenesis in conjunction with common genetic alterations observed in human cancers, such as expression of activated oncogenes. These data will provide valuable insight into the role that p53 pathway SNPs have on specific human malignancies.

While the delicate balance between Mdm2 and p53 is well established, our knowledge of proteins that modulate p53 activity is less understood. A recently described p53 and Mdm2 interacting protein, hnRNP K, was shown to regulate p53-dependent cell cycle arrest in vitro via p21. Mechanistically, it is thought that when the Mdm2-p53 interaction is disrupted (via treatment with DNA damage or Mdm2-p53 antagonists) Mdm2 is then free to target hnRNP K for degradation. This results in depressed activation of p21 but normal activation of p53-dependent apoptotic targets, potentially pushing cells toward an apoptotic response. In human cancers, hnRNP K is differentially expressed in a variety of human tumors and its overexpression is required for chronic myeloid leukemia (CML) progression. To address hnRNP K functions, I have generated mice specifically deleted for the transcriptional co-regulator of p53, hnRNP K. In addition we are generating transgenic mice that specifically overexpress hnRNP K in the B-cell and myeloid compartments. These mouse models will be invaluable for ascertaining the mechanisms by which hnRNP K controls p53’s cell fate decisions (e.g. apoptosis or cell cycle arrest) in vivo and aid in our understanding of hnRNP K functions in tumor progression.