A charter bus will be on continuous rotation starting at Mitchell BSRB [home of GSBS] from 10 am - 6 pm.
Route will go from BSRB (6767 Bertner Avenue) to SCRB 1 (7455 Fannin Street) to SCRB 3 (1881 East Road),
then to IMM (1825 Pressler Street) and back to BSRB.
Symposium attendees are encouraged to use this convenient transportation!

Director of the National Institute of Dental and Craniofacial Research, NIH

Rena D’Souza, DDS, MS, PhD is the Director of the National Institute of Dental and Craniofacial Research, National Institutes of Health. She is deeply committed to the organization’s mission — advance fundamental knowledge about dental, oral, and craniofacial health and disease and translate these findings into prevention, early detection, and treatment strategies that improve overall health for all individuals and communities across the lifespan.

Prior to becoming NIDCR’s director, Dr. D’Souza served at the University of Utah  as  Assistant Vice President for Academic Affairs and Education for the Health Sciences. She held the Ole and Marty Jensen endowed chair in  the School of Dentistry that she led  as inaugural dean. As a clinician-scientist, D’Souza has been strongly committed to discovery and mentoring throughout her academic career. She is  past president of the American Association for Dental Research (AADR) and the International Association for Dental Research (IADR). Dr. D’Souza is active on multiple trans-NIH committees and maintains an active research laboratory in the National Institute of Child Health and Human Development (NICHD), NIH.

Dr. D’Souza has authored over 150 publications and book chapters in the areas of craniofacial development, matrix biology and tissue regeneration for over 30 years. She is a Fellow of AAAS and also of AADR. In 2002, she received the IADR Distinguished Scientist Award in Pulp Biology Research; received the Presidential Award for Research Excellence from the Texas A&M Health Science Center in 2010 and was inducted into the German National Academy of Sciences in 2012. Columbia University College of Dental Medicine’s awarded Dr. D’Souza the Birnberg Research Medal in 2016 and in 2017 she received the Irwin D. Mandel Distinguished National Mentoring Award. Dr. D'Souza received her DDS degree from the UTHealth Houston's School of Dentistry and her PhD from the MD Anderson UTHealth Houston Graduate School of Biomedical Sciences. 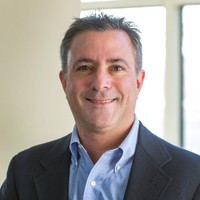 Steven Nadler, PhD, brings more than 25 years of experience in drug discovery, development and translational research to Aro Biotherapeutics. As the former Executive Director and Head of Immunoscience, Immuno-oncology and Oncology Discovery Translational Research at Bristol-Myers Squibb, he was solely responsible for establishing the company’s Immunoscience and Immuno-oncology Discovery Translational Research group. During his tenure at Bristol-Myers Squibb, he took on roles of increasing responsibility in the autoimmune and oncology therapeutic areas, where he was instrumental in the discovery and development of five biologic and small molecules which entered the clinic for autoimmune diseases. He also led early clinical development for three of these biologics designed to modulate T cell co-stimulation. Steve was an integral member of the teams which brought both ORENCIA® and NULOJIX® from discovery to the market. Steve received his PhD from the University of Texas at Houston, followed by postdoctoral studies at Yale Medical School. He has authored more than 80 publications and is co-inventor on over 10 patents.