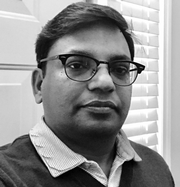 My research involves both animal and human subjects. The central theme of my translational neuroscience research has two components: (1) development and investigation of animal models of depression that focus on the mechanism(s) of chronic stress-induced neurobehavioral changes, and (2) investigating parallel questions in human subjects.

Animal Studies: This line of research focuses on the neurobiological mechanisms of behavior and cognition, specifically the effects of chronic stress on neurobehavior.  Chronic stress increases risk for the development of diseases in which persistent mood and cognitive deficits are observed. Understanding of how stressful experiences can accelerate behavioral abnormalities such as depressive symptoms, social deficits and cognitive decline is important for improved treatments for such disorders. Chronic stress can also provoke elevated inflammation and exaggerated inflammatory responses in both humans and animal models; however, the mechanisms that link inflammation to behavioral abnormalities are not well understood. We investigate the role of complement immune system in mediating chronic stress-induced changes in neurobehavior.

Human Studies: The suicide rate in the United States has increased 33% from 1999 to 2017. It has been reported that up to 90% of individuals who complete suicide have an underlying psychiatric disorder, mainly PTSD or depression. Recent evidence indicate that inflammation, as manifested by increased levels of pro-inflammatory cytokines contributes to the pathophysiology of suicidality. However, there is a critical need for studies that are designed to determine the role of specific components of the immune system in suicidal behavior in order to identify novel therapeutic targets. Our studies use human postmortem brain samples to investigate immune signaling mechanisms in suicide, depression and PTSD.