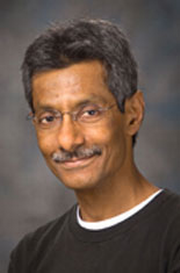 An intimate knowledge of the flexibility of stem/progenitor cell differentiation pathways is key in understanding normal cell differentiation and the development of cancer, and in identifying and designing treatments for various injuries and disorders, such as those of neurons, glia, muscles and skin. Using molecular biology, biochemistry, cell biology, pathology and mouse model approaches, we are studying several aspects of these pathways.

One project is to examine the differentiation of neural stem/progenitor cells into neuronal pathway. We had previously designed a recombinant molecule which could activate a large number of terminal neuronal differentiation genes. Our current studies suggested that the transfer of this single recombinant molecule in proliferating neural stem cells and in myoblasts is sufficient to cause their differentiation into functional neuronal phenotype. Our finding of transdifferentiation without fusion was further supported by more recent studies from several other laboratories. We are currently using this system to examine the flexibility of the differentiation pathway in various types of stem/progenitor cells and whether such manipulations can be utilized to generate large amount of functional neurons for transplantation.

Our other studies indicate a mechanistic link between neural stem/progenitor cell differentiation and cancer. We recently found that blockage of terminal neuronal differentiation is a major mechanism in producing medulloblastoma, a neuronal cancer found mostly in children. Our ongoing studies also suggested that several other known mechanisms of medulloblastoma in fact converge on this pathway. We are currently studying these mechanisms in detail. These studies provided a system for determining mechanism-based therapies to counter this deadly disease. Our more recent preliminary studies also indicate a parallel between glial differentiation and cancer for glioma and we are currently examining these possibilities.