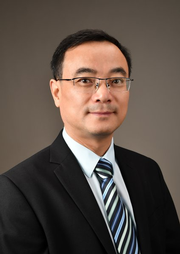 Research interests in Dr. Liu’s lab focus on innate immune responses and sex differences in cerebral ischemia. Post-stroke inflammation is characterized as either pro- or anti-inflammatory response to neuronal damage, and significantly contributes to stroke pathology as well as functional recovery. We explore regulatory pathways underlying the neuroinflammation aiming to suppress pro-inflammatory and/or promote anti-inflammatory activation of immune cells. Stroke is a sexually dimorphic disease throughout the lifespan. We are interested in how the sex-specific stroke phenotypes are mediated in neonatal, young and aged brains. While hormonal effects play important roles in the sex difference in young stroke patients, we have found chromosomal effects on the stroke sensitivity in aged brains. By using genetically modified animal models, we study escapee genes that escape from X chromosome inactivation (XCI), and try to understand whether and how these genes impacts on the sexual dimorphism.