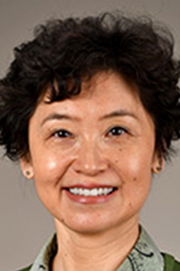 My lab’s research focuses on neuroinflammation accompanying neurodegenerative processes, esp. Alzheimer’s disease (AD). In the past decade, neuroinflammation is increasingly recognized as a major contributor to the pathogenesis of a wide range of neurological diseases.

By analyzing multiple disease models, we have dissected AD-associated inflammatory responses and identified an intrinsic antiviral response at the core of microglia-mediated brain inflammation. The key cytokine involved is type I interferon (IFN), which pathogenically promotes synapse elimination and impairs memory performance. Our research discovered a prominent activation of the IFN pathway in human AD brains, implying a clinical relevance of the novel findings. We are continuing studies to fully comprehend how interferon partakes in neuropathology during AD progression in various disease models. In addition, we are probing the involvement of other inflammatory and physiological pathways in brain cell crosstalk and signaling regulation under AD-relevant conditions.

Aging represents the most important factor endorsing neurodegeneration. By no coincidence, the aging brain manifests with elevated neuroinflammation, which contributes to cognitive decline. What initiates such an inflammatory response is unclear at the moment. We are keen to investigate whether genomic instability, a hallmark of aging, can cause innate immune response thus leading to neuroinflammation in AD as well as brain aging. In particular, we are examining the dysregulation of transposable elements, which constitute a large portion of the genome, in the central nervous system. We believe that the fundamental understanding of neuroinflammation will help decipher the underlying pathogenic processes in many diseases.