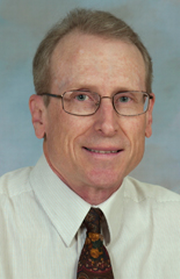 The often permanent pain caused by spinal cord injury (SCI) is one of the most intractable forms of chronic pain known. We have found that behavioral hypersensitivity in rats tested months after SCI is closely correlated with a dramatic, widespread increase in the incidence of spontaneous activity (SA) in the cell bodies of nociceptors, with this SA being expressed both in vivo and for at least a day after dissociating and culturing nociceptors. Current projects employ multidisciplinary methods (behavioral tests, whole cell patch clamp, immunocytochemistry, biochemistry, molecular biology) to define electrophysiological mechanisms of SCI-induced SA, cell signaling alterations underlying the development and maintenance of chronic SA, and behavioral consequences of nociceptor SA.

Comparative insights into nociceptor memory functions and mechanisms. Our work and others’ have revealed striking similarities in how the nociceptors of invertebrates and vertebrates detect and "remember" injury-related stimulation. Mollusks have well-known advantages for relating the properties of identifiable cells to behavioral functions. We use the large marine snail, Aplysia, to define cellular signaling pathways important for the induction and long-term maintenance of hyperexcitability in the cell body, axon, and peripheral and central terminals of identified nociceptors. Some of these signals also contribute to long-term alterations in vertebrate nociceptors, including the cAMP-PKA-CREB and NO-cGMP-PKG pathways. Others have not yet been investigated in vertebrates, such as a potent pathway that depends upon local depolarization (and protein synthesis) but not calcium signals. We found recently that another mollusc, the longfin Atlantic squid, displays long-term nociceptive sensitization of defensive behavior paralleled by sensitization of the peripheral branches of nociceptors. Comparisons of behavioral alterations and nociceptor memory in squid, Aplysia, and rats point to shared functions that have shaped the evolution of nociceptor plasticity and to conserved mechanisms that may be fundamental to many memory-like phenomena, including some forms of chronic pain.