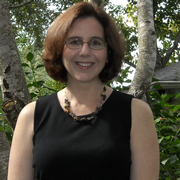 The enzyme adenylyl cyclase synthesizes the intracellular second messenger cyclic AMP, which plays a key role in functions ranging from control of heart rate and force of contraction to learning and memory. Many hormones and drugs mediate their actions by binding to G protein-coupled receptors that regulate cAMP production. Our laboratory is using biochemical, molecular, and cellular techniques, including live-cell imaging, FRET, and FLIM to understand the complex regulation of adenylyl cyclase by heterotrimeric GTP-binding proteins and regulators of G protein signaling (RGS proteins).

A major question in the laboratory is how the fidelity of signaling is maintained within a cell. Cyclic AMP is a small diffusible molecule, yet many hormones stimulate cAMP production but elicit different biological responses. We are examining how localization of adenylyl cyclase to specific complexes within the membrane plays a role in cellular signaling. We have discovered that specific anchoring proteins of cAMP-dependent kinase (AKAPs) recruit adenylyl cyclase as well as other regulatory molecules. These signaling complexes have important roles at post-synaptic densities in the brain to control glutamate signaling and also function in the heart to control contractile events. We are currently using biochemical and functional studies in brain and heart to further define the nature of adenylyl cyclase complexes and to understand how specificity of signaling is generated and maintained.