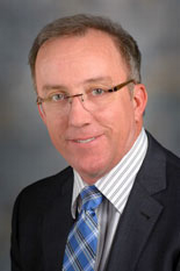 ATP-dependent chromatin remodelers are the gatekeepers of the cell and are crucial for maintaining cells in a pluripotent state as well as for switching to a differentiated state. Mutations of chromatin remodelers are therefore often drivers in oncogenesis and sought after frequently as therapeutic targets in cancer.  A key class of these remodelers is the SWI/SNF or BAF family of complexes that regulate chromatin structure at promoters and enhancers and the long-range interactions that occur between them. Our current model is the activity most often affected in cancer when SWI/SNF is mutated is its role in establishing long-range interactions between enhancers and promoters that regulate gene expression. Our evidence suggests these mutations can promote de-differentiation by interfering with SWI/SNF’s role in differentiation while not blocking SWI/SNF from promoting pluripotency.  Like DNA translocations at the MLL locus or mutations of the MYC transcription factor, other well know drivers in cancer, mutations in SWI/SNF are tied to mis-regulation of RNA polymerase II pausing. My lab’s objectives are to investigate and further validate/delineate these models using mouse embryonic stem cells and cutting-edge next generation sequencing (NGS) genomic methods.

Another family of chromatin remodelers called INO80 are also important in development and regulate chromatin composition by exchanging histone H2A variants. INO80 performs this function at only specific genomic locations and the molecular basis for this specificity is not known.  We find an explanation for INO80’s specificity is DNA sequence alone regulating the enzymatic activity of INO80. We have evidence for critical interactions of INO80 with nucleosomes varying in a DNA sequence specific manner that modulates INO80 activity, independent of INO80 recruitment. These studies involve diverse approaches including in vivo and reconstituted yeast genomic chromatin experiments along with chromatin biochemistry, cryo-electron microscopy, protein structure analysis using chemical crosslinking and mass spectrometry, and genomic NGS approaches. Our ongoing studies are to find in vitro and in vivo the DNA sequence requirements and corresponding changes in INO80’s conformation.

Lab members receive a broad experience of chromatin biology combined with genomics so they can confidently address the involvement of epigenetics in cancer or other human diseases.  While each member of the lab has their own distinct project, the work is highly collaborative and team based.  Lab members often have additional networking and training opportunities in collaborations with other labs throughout the world. Previous lab members have gone on to tenure-track faculty positions at various universities, independent researchers at NIH and the USDA, and in the pharmaceutical and biotech industry.