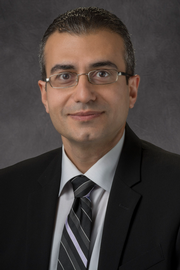 Lung cancer is the leading cause of cancer deaths worldwide. Relative to other tumors found in smokers, lung cancer displays dismal prognosis and its epidemic will remain long after smoking incidence has dropped -- thus warranting new strategies for prevention and early treatment of this fatal disease. Our central goal is to understand how lung cancer, particularly its most frequent subtype lung adenocarcinoma, evolves in smokers and how we can detect and treat this fatal malignancy in its earliest stages. To do so, our laboratory surveys operational genomic, immunogenomic, immune and genome-wide expression programs in “normal” (normal-appearing yet mutagenized) and premalignant phases in lung cancer. To answer these questions, we investigate both human specimens and human-relevant genetically engineered murine models with tobacco carcinogen exposure.

Rotating and joining graduate students will have the opportunity to interact with a multidisciplinary team of basic scientists, physicians and physician scientists in various fields including cancer biology, carcinogenesis, prevention, oncoimmunology, genomics and immunogenomics. Trainees will also have the opportunity to contribute to multiple projects within the laboratory and in a collaborative setting. In addition, our laboratory provides several opportunities to develop scientific communication and writing skills, including manuscript writing, progress report presentations, poster presentations, and journal club presentations.