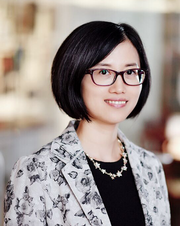 Wang lab research is aimed at understanding signaling pathways such as Hippo, Wnt and Bmp pathways as well as non-coding RNAs in regulating craniofacial and heart development, diseases and regeneration. For example, one of the cardiac projects is to investigate the function and molecular regulatory mechanism of the cardiac conduction system (CCS) homeostasis and regeneration. Dysfunction of CCS leads to cardiac arrhythmia, a major cause of death worldwide. With the long term goal of developing novel methods to treat CCS dysfunction, we have obtained promising preliminary data suggesting an important role of Hippo signaling, a critical an organ size controller, in CCS homeostasis, and Hippo repression protects the CCS from damage. One of the craniofacial projects is to study the cross talk between Hippo and Wnt pathways in regulating the development of the cranial neural crest cells, the migrating multipotent cells giving rise to different derivatives composing the majority of the craniofacial structures.