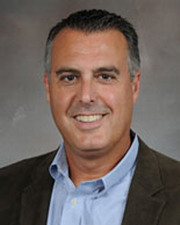 The University of Texas Health Science Center at Houston

The heat shock response is highly conserved in all kingdoms, making it one of the most ancient cellular regulatory systems. We have two primary interests, 1) how heat shock is sensed and transduced to yield a genome-wide transcriptional response, and 2) how protein chaperones, including the Hsp70, Hsp90 and the Hsp110 groups, function collaboratively within the cell during normal growth and during adaptation to environmental stress.

The baker’s yeast, Saccharomyces cerevisiae, is an ideal microbial model system in which to investigate these questions, due to its facile genetics, genomics and ease of manipulation. These studies will directly impact our understanding of how human cells respond to pathophysiological states such as cancer and anoxia which strongly induce a heat shock response. In addition, there is growing evidence that the amyloid diseases of protein misfolding, including prion-based maladies such as Creutzfeldt-Jakob (mad cow), and other triplet-repeat type diseases including Alzheimer's, Parkinson's, and Huntington's, are intimately linked to protein chaperone expression and function.

A tutorial in my laboratory would provide experience with yeast genetics, molecular biology of DNA, RNA and proteins, biochemistry, and genomes, including DNA microarray analysis of gene expression.