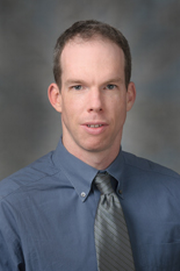 AID initiates SHM and CSR by programmed DNA damage at Ig loci. However, AID can also induce "off-target" DNA damage, including point mutations in oncogenes such as Bcl6 and c-myc, as well as double-stranded breaks that result in oncogenic chromosome translocations such as those between c-myc and IgH (c-myc/IgH), a hallmark of Burkitt's lymphoma. The oncogenic potential of AID therefore requires strict control to maintain genomic integrity.

In addition to lymphomagenesis, recent studies have described a widening role for AID in pathology. For example, in chronic myeloid leukemia (CML) AID action mutates ABL resulting in resistance to Imatinib, spurring pharmaceutical development of new ABL inhibitors. Furthermore, non-lymphoid AID expression has been reported under a number of pro-inflammatory or hormonally induced conditions associated with carcinogenesis. A few examples include H. Pylori infection of stomach epithelial, hepatocytes infected with hepatitis and Estrogen induction of AID in non-lymphoid tissue. Therefore, with a known role in genome destabilization and carcinogenesis, AID is a potential target for pharmaceutical intervention.

Recent studies have implicated AID and its family of deaminases (the APOBEC proteins) in removal of DNA methylation. Deamination has been proposed to demethylate DNA by a damage and repair mechanism similar to that used in SHM. The deamination of 5-mC by AID yields thymidine creating a T:G mismatch. These would be removed and repaired via base excision repair processes resulting in net removal of methylation without alteration of sequence. Short or long patch repair could trigger demethylation across multiple 5-mC resulting in net demethylation across wider regions.

4) Role of AID in epigenetics and DNA demethylation